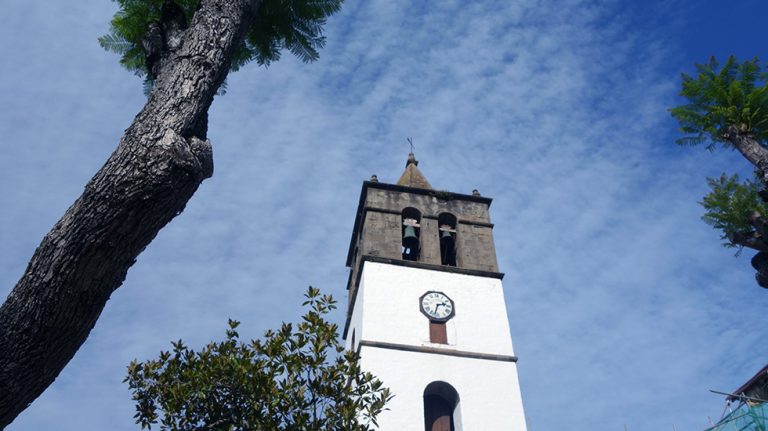 The municipality of Icod de los Vinos is located in the northwest of Tenerife expanding on approximately 90 square kilometers. It is the home of the Millenary Dragon Tree (Dracaena draco) which was declared a National Monument in 1917 and is estimated to be thousand years old. On the coast you will find the beach of Playa San Marcos and Playa Monis and you should not leave without visiting the lava tunnels of Cueva del Viento. You will also see that Icod de los Vinos offers one of the prettiest views of Mount Teide, Spain´s highest peak.

Icod de los Vinos was founded around the year 1496 and like in other areas of Tenerife Island, its name comes from an aborigine Menceyato (Icoden) and was given at the end of the conquest of the island by Alonso Fernández de Lugo. At that time Icod de los Vinos became populated by a large number of foreign immigrants who quickly mixed with the existing aboriginal population. Portuguese immigrants gave this town an agricultural boost and introduced the cultivation of sugarcane and later of wine grapes. It is at the end of the 16th century and during the first decades of the 17th century when Icod starts to grow and expand due to a boom in the wine sector.

With the free trade of the West Indies, Icod de los Vinos suffered an important wine crisis and progressively the exports of Malvasía wine decreased. Due to these circumstances many Icodenses were forced to emigrate to Cuba, Venezuela, Yucatán or Santo Domingo. Those who prospered in the new continent sent art and money to their family members who have stayed here. Others invested their profits in business or in construction when they came back and contributed to the rich architectural heritage of the city appreciable nowadays.

The historic-artistic heritage of the old town was declared Bien de Interés Cultural (“good of cultural interest”) in the category of Conjunto Histórico (“historical ensemble”). In this way, the old town is pedestrian which makes it easy to get lost among its steep alleys adapted to the slope of the mountain and squares surrounded by historical buildings, stately homes and churches that were built between the 16th and 18th centuries. The old town is one of the most appealing attractions for visitors who can take a quiet walk through its streets, discovering the rich heritage of its churches and buildings. All these sites are very close to each other which allows you to draw a route without missing any of the secrets the city hides. Visitors can take as a starting point the parking lot located in the Plaza de América. From there an alley called Buen Suceso takes you to the Luis de León Huerta Square, the Church of San Agustín and the town hall that originally had been a monastery.

Nearby is the former monastery of San Francisco, nowadays turned into the Public Library. From there on you can continue to the Andrés de Lorenzo Cáceres Park, which is in front of the Church of San Marcos (St. Mark). This temple owns diverse religious images elaborated in ateliers of Spanish and American imagers. Next to the church is the Plaza de la Constitución with an enchanting fountain in the middle of the square.

The municipality of Icod de los Vinos is an example of a locality created and developed from the exploitation of agriculture in its rich and fertile valleys. The city gain fame in the 16th century due to its vineyards that gave rise to a lively commerce. It also owned one of the most important sugar cane mills in Tenerife and was a reference point for its silk products.

The city caught fire on May 2, 1798. The flames started in the cell of a Bernarda nun because she forgot to extinguish some embers. In two and a half hours the fire reduced to ashes more than 20 buildings. The fire would have demolished the entire town if it had not stopped in houses apart from the old town center. Fortunately, the Church of San Marcos (St. Mark) escaped the flames. Even so, many municipal buildings like the town hall, the Pósito (“local granary”), the butcher shop or the prison succumbed the fire.

The city is surrounded by a fertile and agriculturally rich valley, cultivated mainly by vineyards, as shown by the town´s full name, Icod de los Vinos (“Icod of the Wines”). Without doubt, the icon of Icod de los Vinos is the Ancient Dragon Tree, which can be partially contemplated from the Andrés de Lorenzo Cáceres Park, but whose visitors should give a closer look inside the park that surrounds this living National Monument.

This website uses cookies to improve your experience while you navigate through the website. Out of these cookies, the cookies that are categorized as necessary are stored on your browser as they are essential for the working of basic functionalities of the website. We also use third-party cookies that help us analyze and understand how you use this website. These cookies will be stored in your browser only with your consent. You also have the option to opt-out of these cookies. But opting out of some of these cookies may have an effect on your browsing experience.
Necessary Always Enabled
Necessary cookies are absolutely essential for the website to function properly. This category only includes cookies that ensures basic functionalities and security features of the website. These cookies do not store any personal information.
Non-necessary
Any cookies that may not be particularly necessary for the website to function and is used specifically to collect user personal data via analytics, ads, other embedded contents are termed as non-necessary cookies. It is mandatory to procure user consent prior to running these cookies on your website.
SAVE & ACCEPT